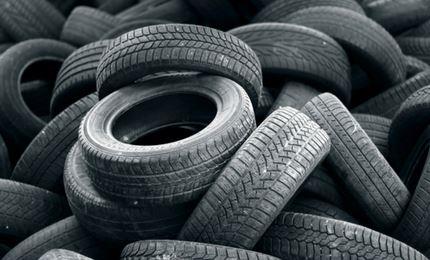 The reduction of greenhouse gas (GHG) emissions is required by the Paris Agreement on climate
change. According to the fifth assessment report of the Intergovernmental Panel on Climate Change
(IPCC), the transport sector has the fourth largest impact on global warming based on the
GWP20 metric, and the third largest based on the GWP100 metric. (GWP abbreviates global
warming potential, which is also known as CO2-equivalent, and measures how much heat a GHG
creates in a certain time span relative to carbon dioxide. Twenty years and 100 years are frequently
applied time spans.) Obviously, the reduction of CO2 emissions caused by transportation of goods
and passengers is a valuable approach to meet the Paris Agreement. Among other measures like
higher efficiency of engines, lower vehicle weight and better aerodynamics, there is a demand to
lower the rolling resistance of tires. This can be achieved by improved tire design in terms of tire
construction, adjusted textile reinforcement, and by the development of durable elastomeric
compounds having lowered hysteresis. Commonly applied indicators for lower energy losses in the
rubber compound are, e.g., low tan δ, low heat build-up, low Payne effect and high rebound. Test parameters like temperature, dynamic strains, frequencies and
others have to be chosen carefully in order to predict effects on the rolling resistance of the tire.
It is necessary to use reinforcing fillers to make the rubber compound durable and tough because
the tire is subjected to high dynamic load, stress, abrasion and tearing. The aforementioned Payne
effect is directly correlated to the usage of filler in the compound, and the reinforcing filler plays an
important role in the rolling resistance of the tire. In general, it is difficult to improve the hysteresis
of a compound without compromising the durability.
Carbon black (CB) is the most important and versatile filler in the rubber industry. Modern process
engineering enables adjustment of, for instance, the surface area per mass unit, the structure level,
the surface morphology and the aggregate size distribution. Further, the surface of the carbon black
can be chemically modified. Orion Engineered Carbons possesses technologies which allow for
increasing the amount of oxygen-containing organic functional groups on CB. The resulting filler can
be described as surface modified carbon black (SM-CB). If the surface modification is performed
correctly, it may lead to higher bound rubber, as described by Leopoldes et al. Detrano et al.
observed that the combination of SM-CB with terminally functionalized SSBR resulted in a declined
compound hysteresis.